Dolores & I travel occasionally with a trunk show of our quilts. One question that always is asked: "How do you get your points point-y?" Aside from the basics of cutting accurately and then making sure your sewing machine is set up to produce an accurate 1/4" seam allowance, my favorite trick involves a notion: Judy Martin's Point Trimmer. 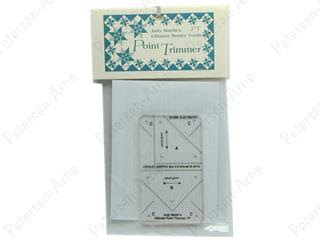 This cool little gadget helps trim the ends off your triangles so when you align triangles to each other or to squares and rectangles, they match up more easily. No more trying to center shapes on each other. As a result, the points almost always turn out better!

We always carry this item in our store so we can refer customers to it if they ask about how to improve their patchwork. Order one for yourself at our website:

What's your favorite trick for improving your points?

Posted by Homestead Hearth at 12:19 PM No comments:

People are starting to wonder where I am here locally since I have been hidden away in my sewing room appliquing blocks for the Women of Influence quilt that will be the Kansas City Star block of the month next year. Before I opened the shop several years ago, I liked to applique. But, once the store came along, time for relaxing with handwork seemd to slip away.

6 of the blocks in the Women of Influence quilt include applique so I'm back to it in a big way the last couple of months. As I worked, I remembered a couple of my favorite tools and thought I'd share them with you.


I do back baste applique, a technique I learned from Jeana Kimball. If you ever get a chance to take a class from her--do it! She's awesome. 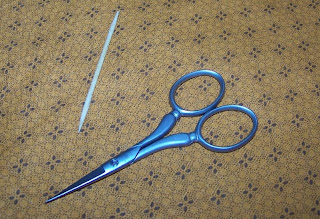 Anyway, to make cutting your curves, points and other shapes effortlessly, I LOVE Dovo Scissors. They're a little more than some of the other brands but you won't be believe how effortlessly they cut. We're thinking about carrying them at the store. If you're interested, post here or drop us an email.

If you're wondering what that other item in the photo is, yes, it's an ordinary toothpick. You know how those little threads love to escape from curves and no matter what you do, the needle just won't push them under? Try a toothpick! It works every time. Just use the toothpick to swoosh the edge of the applique shape under as you would with your needle and those threads will disappear.

Here's a sneak peek at one of the blocks I just finished up: Read all about the Women of Influence quilt & reserve your spot at:

We know some of you like to keep track of when your block of the month has shipped so you can start watching for your postman. Check out our new calendar on our website. We posted each day in November so you can see what happened that month. Now, we're in to December.

Each day we tell you what has shipped and sometimes there is additional commentary. Be sure to click on each post within a day for additional text.

Welcome to our blog!

Hello!
Homestead Hearth will be blogging to help update you on our projects, kits, events in the store & more.

Since this is a new project for us, we'd love to have your input on what you'd like to see on the blog? Perhaps hints about block of the months that are underway? Fabric suggestions for kits? Patterns to use with new lines? Give us your thoughts!
Posted by Homestead Hearth at 2:38 PM 5 comments: 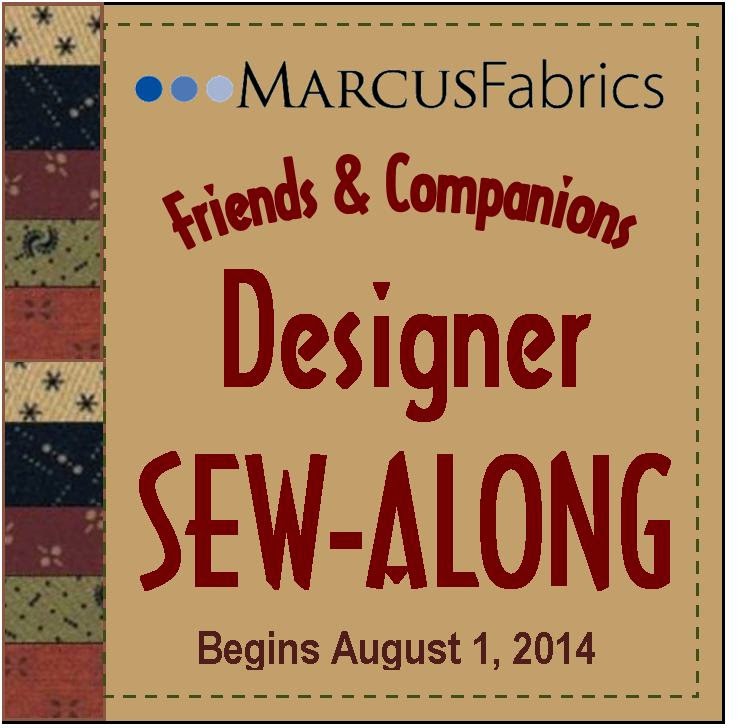 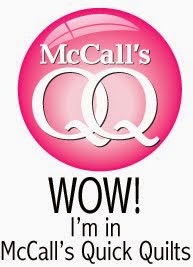 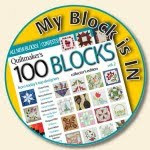